..And learning about the Blenman's

I was at the Pima County Antique fair today and I found some old pictures that I thought were very interesting.

I thought maybe if I posted the pictures here that perhaps anyone looking for Blenman family members would appreciate them.

Apparently, the Blenman family has some big business here in Tucson.  There is an elementary school named after Charles Blenman, who was a judge here in Pima county. 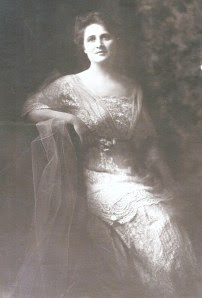 Below is another picture taken in San Fransico, dated 1912, with Louisa and Son Charles, Jr..  Charles is 14 months  at the time the picture is taken. 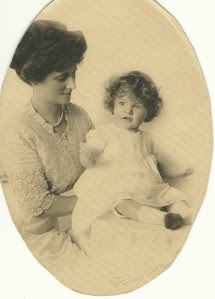 Below is a picture of Louisa, Charles Jr. and youngest son William (noted on back of picture as Billy) dated 1915. 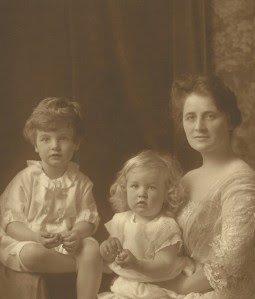 Census Records for 1930 has the family living in Pima county Arizona.  At this time, William is 16, and Charles Jr is 18.

I was unable to locate pictures of Charles Sr, who was a lawyer from England, myself; however, I did find this Picture of Charles Sr. Charles Sr, died in 1936.  In 1878, Charles established the only known example in the world of a San Francisco Victorian home built in Territorial-style of adobe mud, called the Blenman house, in Tucson.

Who is that crazy old bat?

St
Elma, Iowa, United States
I am the mother of many, the partner of a historian. I am the keeper of my family history and I believe that genealogy is a way for stories to be held dear from generation to generation. To Truly have an idea of where you're going in life you should have a solid idea of who has been in your gene pool before you. You can contact me at st[at]wadinginthegenepool.com

+ more at the collaborative, worldwide WikiTree.