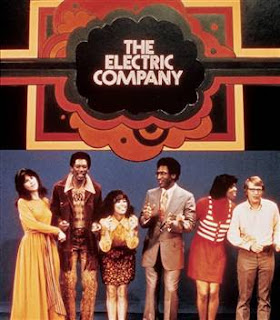 Mine was the generation of "latch-key" kids who grew up in front of the TV, learning to read with Big Bird and Kermit the Frog, and dancing with Morgan Freeman and Rita Moreno on the Electric Company... I grew up watching CHiPS; Starsky and Hutch, Star Trek, BattleStar Galactica, and of course Happy Days, and Buck Rogers.

I could go on for hours and talk about all the TV I grew up watching.  I mean seriously, I am known at work as being the pop culture queen for the late 70's and 80's.  If it was on TV or on the radio, I probably about it or heard about it.  However there is one TV show that stands out the most for me was a relatively local show. 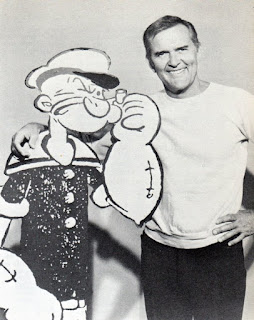 I watched it every week.  What I loved most was the character of Wimpy ("I'll gladly pay you Tuesday for a hamburger today") and the fact that Tom would take letters from fans that contained a squiggle, a doodle of some kind and create a carton character  out of it.  Three hours of Popeye extolling the virtues of Spinach and saying "I yam what I yam."

KTLA had another gem that marked my childhood.  Every major city has their own commercial icon.  On KTLA it was "CAAAAL Worthington and his dog spot."  The commercials were parodies, and the dog Spot, was never actually a dog.  Most often it was tiger or an elephant, although I believe, Spot was even a seal.  What was funny, (or at least it is amusing to me) was my childhood interpretation of the lyrics of the Cal Worthington jingle.  The jingle was sung to the tune of "If You're Happy and you know it"  and went, "If you want a car or truck, go see Cal, if you want to save a buck, go see Cal," with the "go see Cal" refrain repeated at least 15 times.  With the outstanding lyric interpretation that only a 3 year old child can have, I always thought that the jingle went "If you want a car or truck, pussycow, if you want to save a buck, pussycow."  What the heck a Pussycow was I have never figured out, I guess I just thought it was a nonsense word.  In fact it was not until I went online a few months ago to show my kids old videos of the commercial that I realized that Pussycow was "go see Cal."

...and sharing some orphan photos

I often come across photo's at the antique fairs that I visit.  I try to rescue as many as I can but I have a preference for those that are labeled with a name or a date...because I like to do research...but occasionally I come across those that just speak with me even without the labels. 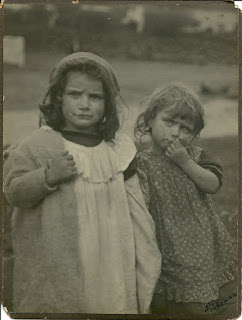 This one is just one that belongs in the AWWWWW category. 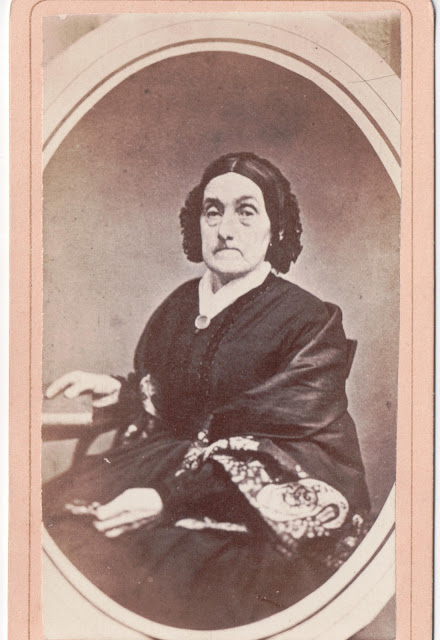 My eight year old daughter scanned this photo and said that this lady looked "creepy,"  I told her that this 76 year old woman just had a face only a genealogist could love.

Who is that crazy old bat?

St
Elma, Iowa, United States
I am the mother of many, the partner of a historian. I am the keeper of my family history and I believe that genealogy is a way for stories to be held dear from generation to generation. To Truly have an idea of where you're going in life you should have a solid idea of who has been in your gene pool before you. You can contact me at st[at]wadinginthegenepool.com

+ more at the collaborative, worldwide WikiTree.